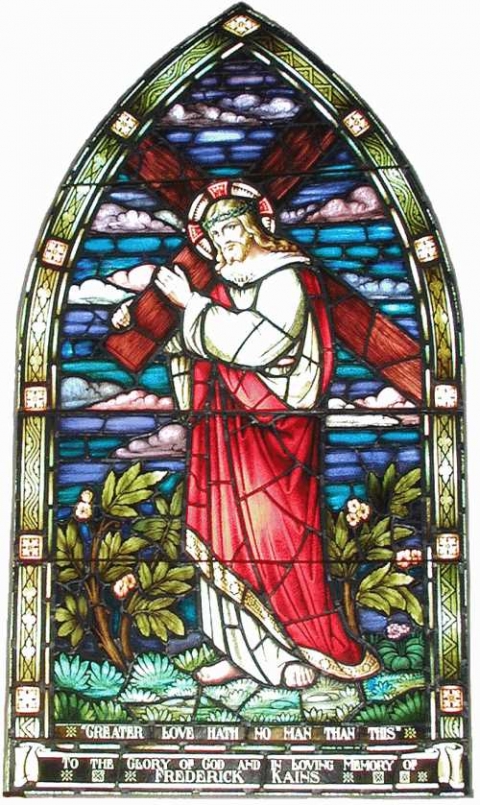 Frederick Kains
The window has the inscription "Greater Love Hath No Man Than This" and shows Christ carrying His Cross. It is situated in the Chancel almost above the organ on the east side.

It is in memory of Frederick Kains who was the fifth child of Archibald and Mary Kains. He was born on Riverbow Farm where he worked with his brothers to produce dairy cattle and field crops.

He married Elizabeth Shearme, who with her sister, Jane, were faithful workers at St. Anne's. Fred himself was the first custodian of St. Anne's cemetery (1926-1933) and was rector's warden from 1927-1932.

Fred's farm was an extension of Riverbow Farm facing on what is now Shore Road. In 1914, he sold his farm to Herbert Wickerson and built a home at the west end of Byron.

The manufacturer of the window was Robert McCausland of Toronto.