The Thirteenth Station
Jesus is taken down from the cross 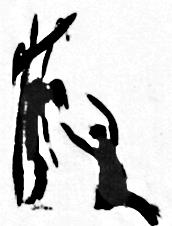 Luke 23:50-53 - There was a man named Joseph from Arimathea, a town in Judea. He was a good and honourable man, who was waiting for the coming of the Kingdom of God. Although he was a member of the council, he had not agreed with their decision and action. He went into the presence of Pilate and asked for the body of Jesus. Then he took the body down, wrapped it in a linen sheet, and placed it in a tomb which had been dug out of solid rock and which had never been used. It was Friday, and the Sabbath was about to begin. The women who had followed Jesus from Galilee went with Joseph and saw the tomb and how Jesus’ body was placed in it. Then they went back home and prepared the spices and perfumes for the body.

Meditation:
Sabbath is rapidly approaching and the crucified ones have to be taken down before the beginning of the Sabbath celebrations. The scene is one of hurrying. The crowd rushes to their homes before the beginning Sabbath or they’ll be excluded from the celebrations. The other two men crucified with Jesus appear to perhaps be still alive, so the soldiers break their legs to speed their death. More blood, more pain. In one last final blow, although they are quite certain Jesus is dead, one of the soldiers pierces Jesus’ side with a spear. More blood shed. Mary is still here. She has stayed under the cross, never leaving her Son. Joseph and Nicodemus take Jesus down from the cross. Mary can hardly bear it. How does a mother cope? She holds her child’s limp body close to her heart. She doesn’t want to give Him up, but she has to. She kisses Him and allows Him to be taken to the tomb that has been offered by their friend.

Prayer:
Lord Jesus, You died for me. You took my sins upon Yourself and died so my sins may be forgiven. I am truly sorry for all the ways in which I have not always followed You. I am truly sorry that I have sometimes fallen short. I truly want to please You and be at peace with myself, my family, my neighbours and this garden earth on which I live. Help me to love You more and to be grateful for all the blessings of my life. This I ask in Jesus’ name. Amen