The Second Station
Jesus is made to bear His Cross 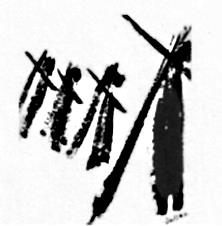 Isaiah 53:4-5 - But He endured the suffering that should have been ours, the pain that we should have borne. All the while we thought that His suffering was punishment sent by God, but because of our sins He was wounded, beaten because of the evil we did. We are healed by the punishment He suffered, made whole by the blows He received.
Matthew 27:31 - When they had finished making fun of Him, they took the robe off and put His own clothes back on him. Then they led him out to crucify Him.
Luke 9:23 - And He said to them all, “If anyone wants to come with me, he must forget himself, take up his cross every day, and follow me.

Meditation
It is the people, not Pilate, who want to crucify Jesus. Pilate has tried everything he could think of to change the crowd’s mind, but nothing works. He washes his hands in front of the crowd saying, “This is a righteous man.” He gives Jesus to the soldiers to be crucified.

Prayer
Lord Jesus, you carried your cross. You knew it wouldn’t be easy, but you carried it just the same. You carried it for us. Help me to embrace the tribulations of my life. Help me to carry my cross, even when I don’t want to. Give me the courage You had. This I ask in Jesus’ name. Amen